Spot prices of ethylene in Asia and the US have been mixed in the past two weeks, according to data from ChemOrbis Price Wizard. Asian markets rebounded in early March after prices fell for a seventh straight week, however, spot prices in the US fell further during the same period.
Meanwhile, due to the direction of the ethylene market in the opposite two regions, the spot price gap in Asia is higher than the US was expanded to USD855-860 / ton, this is the largest difference since ChemOrbis caught. Data were recorded in 2008. 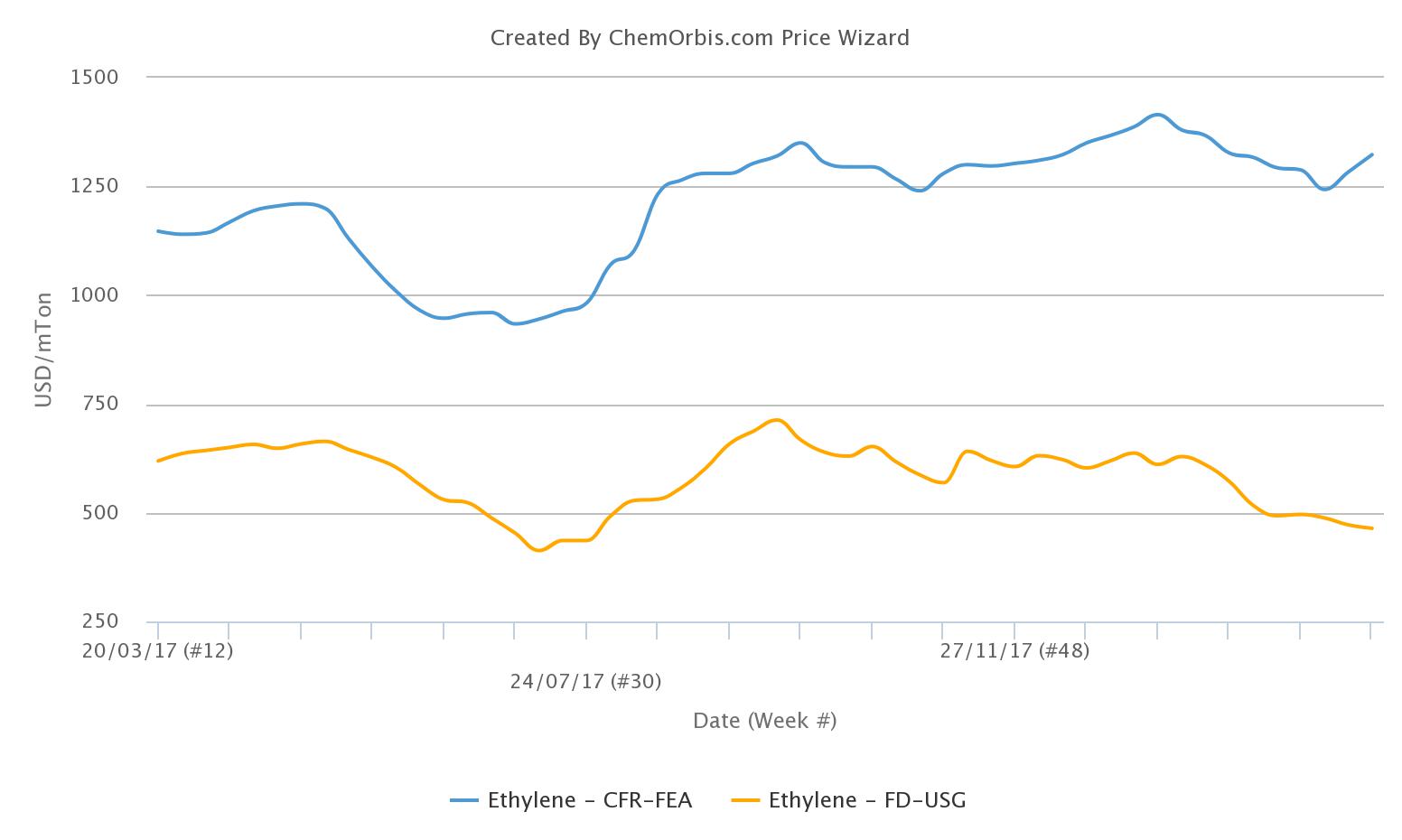 ChemOrbis' weekly average price data show that spot prices on CFR East Asia have increased by around USD80 / tonne in the past two weeks, recovering almost half of the decline in the mid-January period. by the end of February.

Spot prices increased significantly due to strong demand in April amid strong seasonal maintenance in the region, especially in Japan. Some Japanese production units including Tosoh, Showa Denko, Mitsubishi Chemical and Keiyo Ethylene are expected to maintain the material separation plant in the first half of 2018.

On the other hand, in the US, FD USG spot average prices have fallen in total USD165 per tonne since the end of January. According to ChemOrbis Price Wizard, these price cuts have pushed ethylene prices to their lowest level since July 2017.

The decline in US prices was due to slower purchasing power even though major manufacturers LyondellBasell and Dow Chemical closed the Texas separation plant for maintenance in early March.
(0084) 945 070 603